In California, crimes are classified as either an infraction, a misdemeanor, or a felony. If guilty of an infraction, you often are only required to pay a fine and face no other penalties. If you are convicted of a misdemeanor, jail time becomes a possibility but typically you would face no more than 1 year in county jail. As the most serious type of crime, felonies carry severe penalties that may impact you for the rest of your life.

A felony conviction will often find you paying high fines but you also face a state prison sentence. In the most extreme felony crimes, you could be in jail for life without the possibility of parole, or face the death penalty.

However, there are some crimes which can be charged as either a misdemeanor or a felony.

California law charges some felony crimes as “straight” felonies, meaning they can only be charged and sentenced as a felony. The most serious California crimes are considered straight felonies and will also count as a “strike” on your criminal record in accordance with California’s Three Strikes Law. 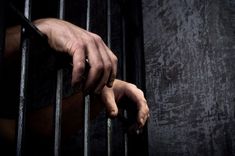 Examples of straight felonies in California include:

Straight felonies cannot be reduced to a misdemeanor. If you have been accused of a straight felony crime, you need to speak with a criminal defense attorney who may advise you in your case. They will seek to reduce the maximum penalties you may face or argue a plea deal on your behalf.

There are crimes in California which can be charged as either a felony or a misdemeanor. Known as a “wobbler” offense, the District Attorney is given the discretion on whether or not to charge the crime as a misdemeanor or felony. Often, the District Attorney makes this determination based off the facts and circumstances around the commission of the offense and the defendant’s past criminal record.

Examples of a wobbler offense in California include:

A defendant who has previous criminal convictions on their criminal record or who committed the crime in a particularly aggressive, violent, or extreme manner may be charged with a felony instead of a misdemeanor if the offense is a wobbler.

Additionally, if a defendant has a prior conviction of the same offense or other felony convictions, they may risk being charged with a felony for the current offense that would have been charged as a misdemeanor for a person with no prior or similar convictions.

If you or someone you love is facing criminal charges, it is important to speak with an experienced criminal defense attorney immediately. At Wallin & Klarich, our attorneys have over 35 years of experience successfully reducing our clients’ criminal charges to a lesser offense. Let us help you now.